Update May 14, 2018 - The app setting WEBSITE_USE_ZIP is now WEBSITE_RUN_FROM_ZIP. This article as been updated to reflect this.

Yesterday, Azure announced a new way to deploy our applications to Azure Functions and App Service called Run-From-Zip, currently in preview. It allows us to mount the contents of a zip file into wwwroot instead of copying files into that folder.

In this article we'll take a look at how to use Visual Studio Team Services (VSTS) to build and deploy an application to Azure Functions and Azure Web Apps.

END_OF_DOCUMENT_TOKEN_TO_BE_REPLACED

Service Fabric can dynamically assign ports to a service. For stateless and stateful services, the Service Fabric SDK makes it easy to configure our services to listen to the dynamically assigned ports. But what about guest executables, especially ones that are precompiled and we cannot or do not want to modify the source code?

We'll look at how to configure ports for two sample Windows guest applications without modifying the source code:

END_OF_DOCUMENT_TOKEN_TO_BE_REPLACED

A couple of months ago, AzCopy was quietly added to Windows App Service and Azure Functions worker instances at D:\devtools\AzCopy\AzCopy.exe. It is used to upload files to blob storage from the command line. App Service allows the running of arbitrary scripts during deployment, meaning that there are a couple of scenarios that are now possible by calling AzCopy during App Service Git deployment, including deployments with a "Deploy to Azure" button:

END_OF_DOCUMENT_TOKEN_TO_BE_REPLACED 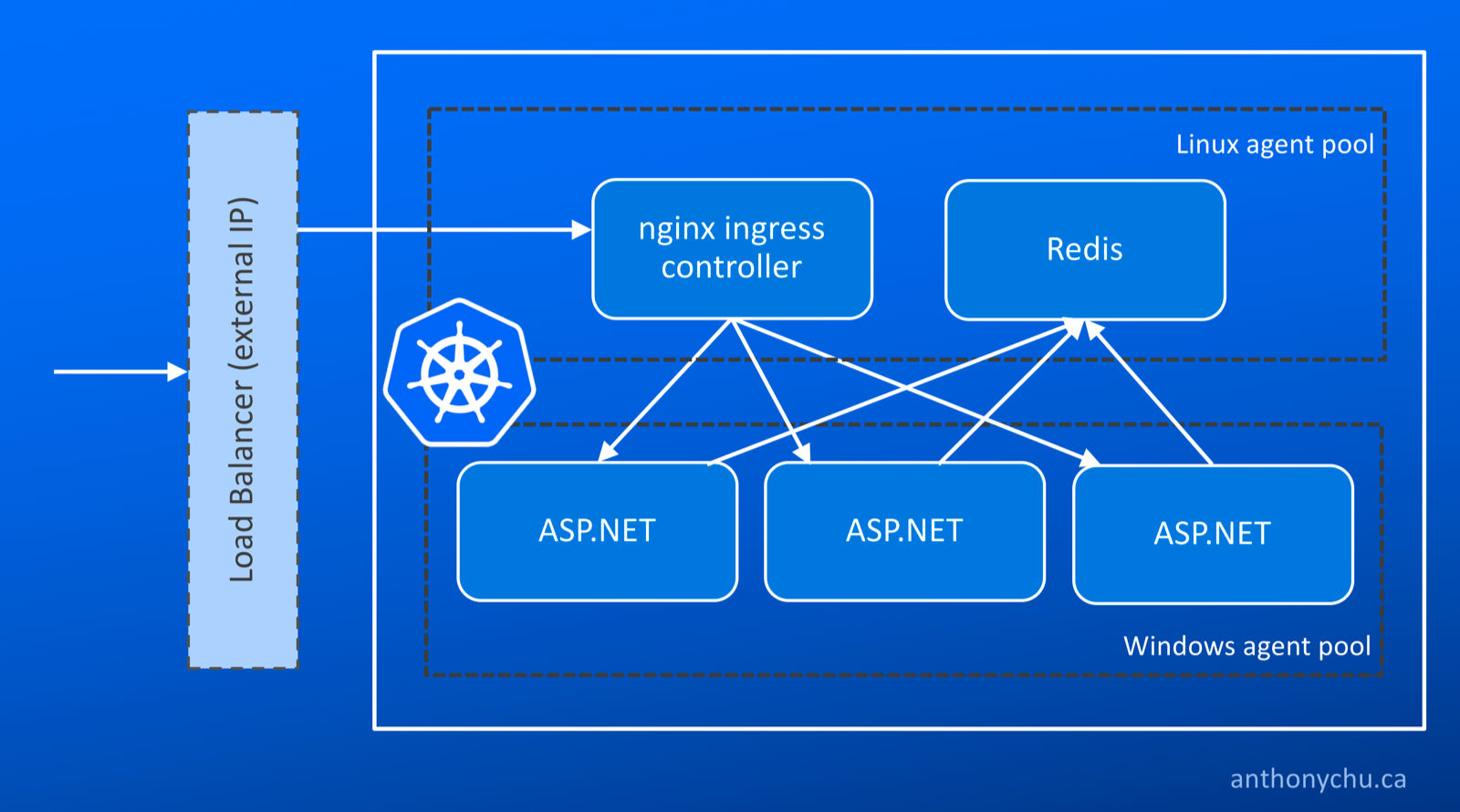 END_OF_DOCUMENT_TOKEN_TO_BE_REPLACED

Update (January 2018) The ACI Connector has been replaced by the Virual Kubelet project. The functionalities are similar but the installation steps are slightly different.

Azure Container Instances (ACI) allows us to run containers without worrying about infrastructure. We can give it any container image and it'll happily run it; it'll even provision an external IP address for the container. It's "serverless containers": we're only charged when the containers run. It's great for batch workloads or long-running containers where we don't want to deal with infrastructure.

ACI provides a low-level infrastructure building block for running containers. We can sort of think of it like a VM; instead of running a VM image, it runs a container image.

One exciting example of how ACI can be used in combination with a container orchestrator is the experimental ACI Connector for Kubernetes. When installed in a Kubernetes cluster, the ACI Connector creates virtual nodes in the cluster. They behave like nodes with unlimited capacity. We can schedule pods to run on them, but they will actually be run as container groups on ACI.

Perhaps, one day, ACI Connector will be the foundation that enables "serverless Kubernetes"... imagine an Azure Container Service (AKS) Kubernetes cluster that has no physical nodes, and all work is scheduled on Azure Container Instances! 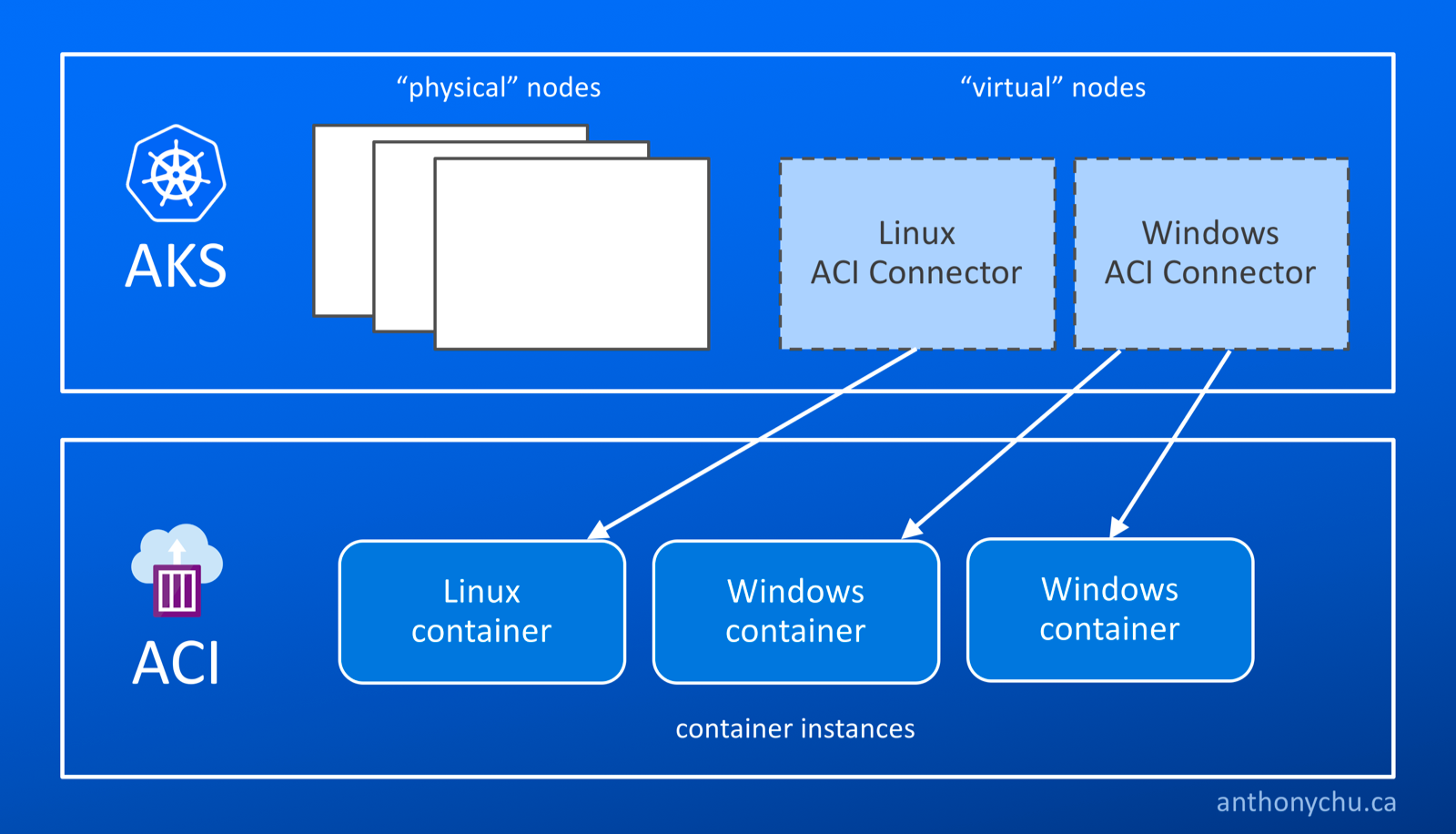 END_OF_DOCUMENT_TOKEN_TO_BE_REPLACED

I'm a software architect and developer in Vancouver, BC, Canada. For over 15 years, I've built web and mobile applications of all sizes.

I am a Cloud Developer Advocate at Microsoft. Opinions are my own.